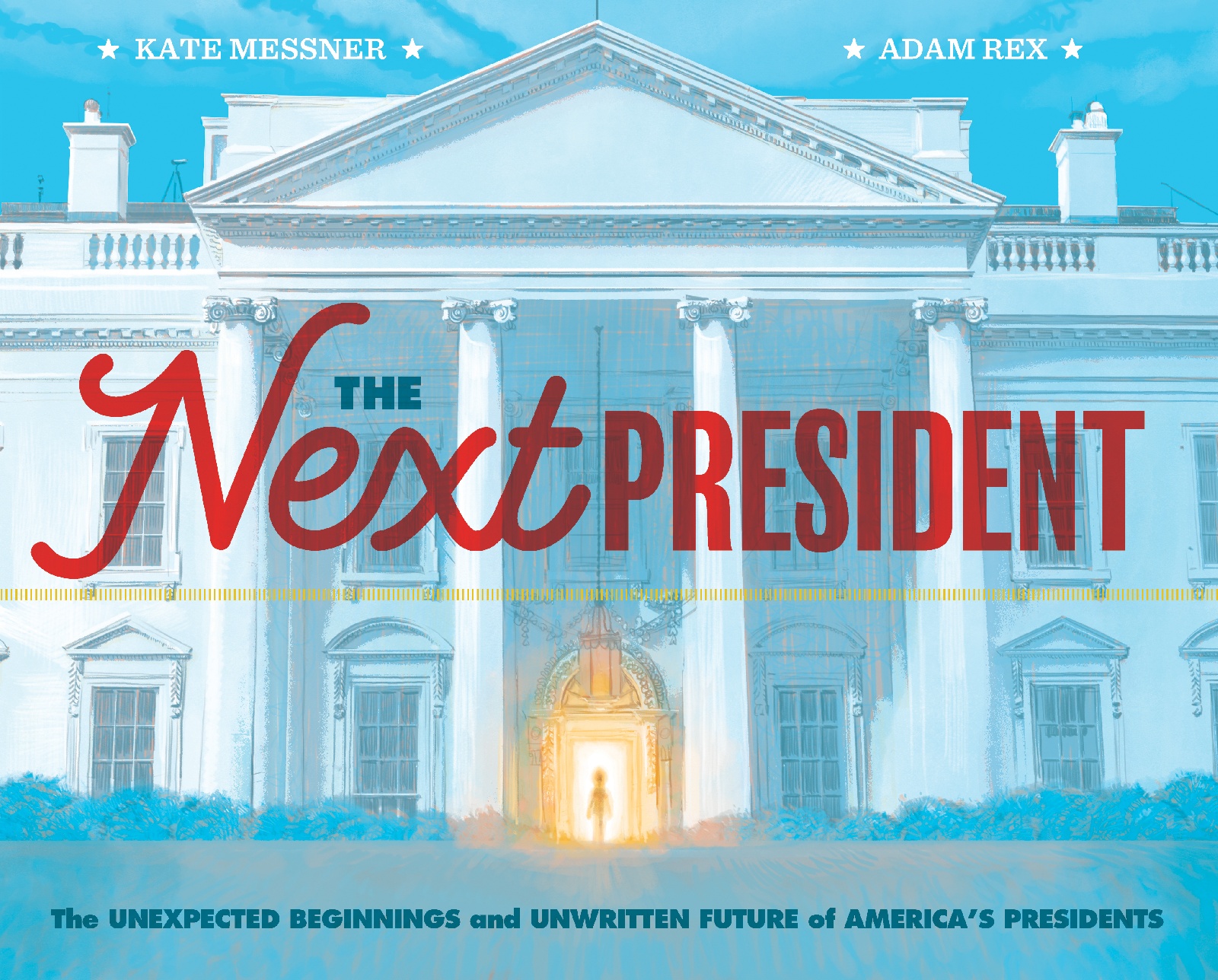 From award-winning author Kate Messner and bestselling illustrator Adam Rex comes a timely and compelling compendium about the U.S. presidents—before they lead the nation.

And, right now–today!–there's at least 10 future presidents in our midst. Who will be the NEXT president? Could it be you?

Praise for The Next President

“An ingenious exploration of presidents that will encourage children to consider their own futures.”

“There are picture books aplenty about United States presidents, but make way for this breath of fresh air. Rex breathes life into these illustrations, showing the humanity absent from official portraits. And Messner doesn’t sugarcoat or whitewash history. Awe-inspiring.”

“Ingeniously structured around inaugural years, [The Next President]’s softly textured digital vignettes are montaged to give a sense of events unfolding in many places and lives at once. Readers may be convinced that the future is wide open—presidentially speaking.”

“[The Next President is a] vivacious exploration of the early lives of the leaders of the free world; an excellent nonfiction addition that will engage young history buffs.” 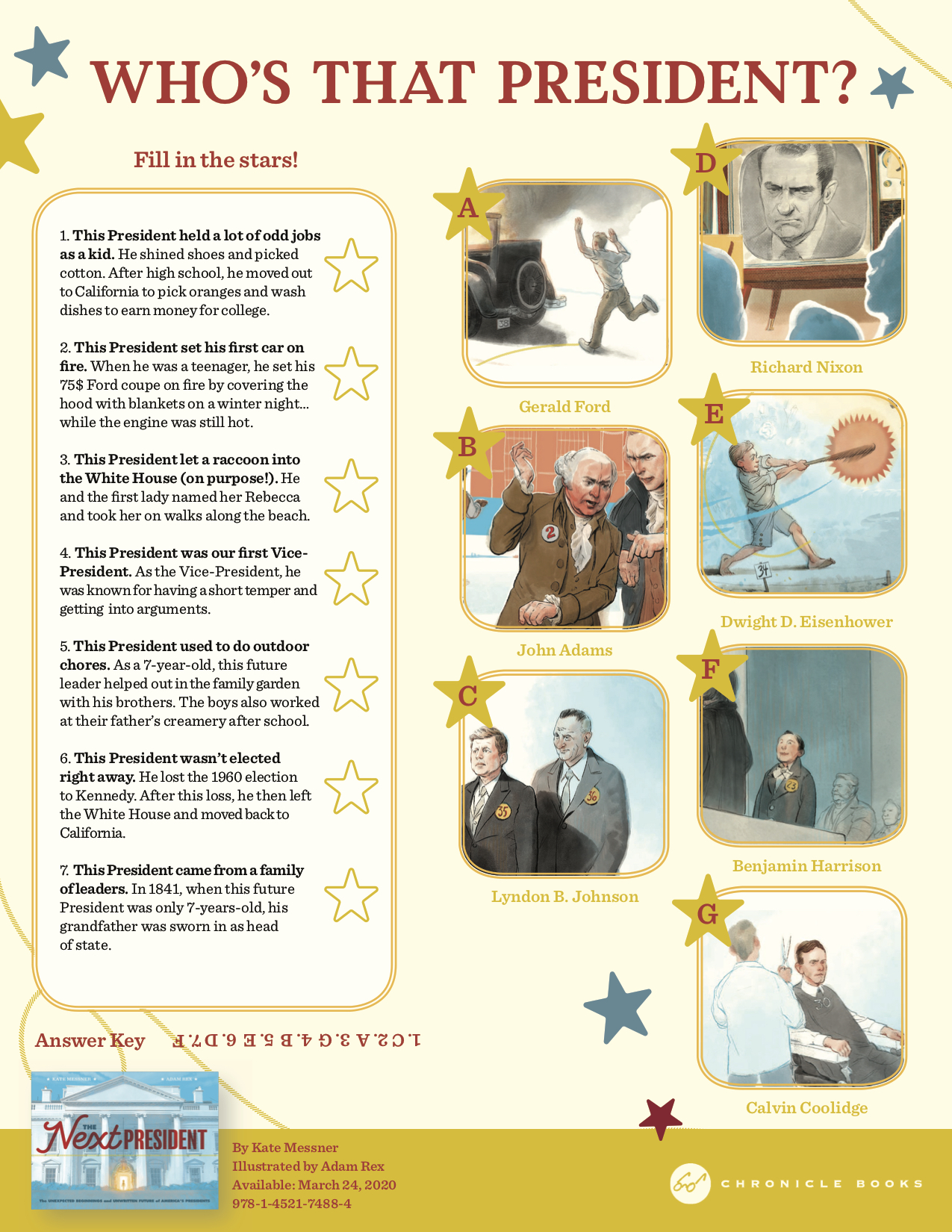 ADAM REX is the author and illustrator of many beloved picture books and novels, including Nothing Rhymes with Orange and the New York Times bestseller Frankenstein Makes a Sandwich, and has worked with the likes of Jon Scieszka, Mac Barnett, Jeff Kinney, and Neil Gaiman.

KATE MESSNER is an award-winning author whose books for kids have been selected as Best Books by the New York Times, Junior Library Guild, IndieBound, and more. Among her many titles are Over and Under the Snow, Up in the Garden and Down in the Dirt, Over and Under the Pond, How to Read a Story, How to Write a Story, and Insect Superpowers.